ICM: a boost for International Mobility

Thanks to the Erasmus+ International Credit Mobility (ICM) programme, students, teachers and staff can participate in exchanges with countries outside of Europe. UCLy took advantage of this opportunity recently with two partner universities, in Lebanon and Georgia

The adventure began in February 2018, when the International Relations Office of UCLy, together with a few of its partners, presented several ICM projects to the Erasmus+ Education & Training agency in France. After a selection process with stringent criteria, two projects were approved for 26 months: with the Holy Spirit University of Kaslik in Lebanon and with Sulkhan-Saba Orbeliani University in Georgia.

From September 2018 to summer 2020, over 30 students, teachers and administrative staff travel abroad with the crucial financial support of the European Union. Many of their mobility projects are quite unique. The funding will, in particular, enable foreign students to spend semesters abroad that they would otherwise not have been able to afford, given the cost of life in France. Lebanese and Georgian students have been coming to our campuses in Lyon, attending courses that aren’t available in their own countries. They bring with them their culture and their own vision of the world, creating interesting sharing opportunities for our students. Students from Lyon are obviously also allowed to go to the partner universities, under better financial conditions. What’s more, they are able to take classes there which are not offered at UCLy.

Lecturers can also go abroad to teach in specialities that are not available at the partner universities. For example, a class of UCLy law students will be able to take a course on civil law in the Caucasian countries, taught by a specialist from Sulkhan-Saba Orbeliani University. They will find out more about the “de-Russification” and “de-Sovietization” of certain Eastern and Central European countries. Likewise, law students at the Holy Spirit University of Kaslik will be able to learn about international humanitarian law through a course given there by a UCLy professor.

In addition to the courses, these exchanges help build ties between the participating universities and build unique skills that would not have been accessible without the ICM programme. 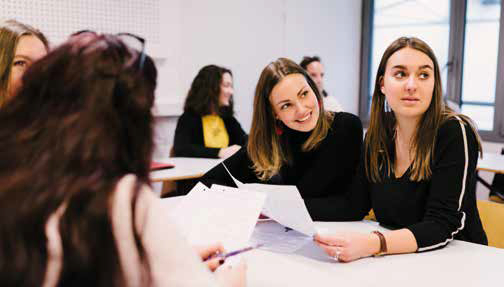 The support departments of our universities are also involved in the adventure, and several mobility projects are planned in the fields of international relations, student life, disabilities and relations with economic stakeholders. Benefits will include the possibility of sharing experiences and exchanging good practices that may be replicated by the counterparts, in addition to improving understanding between the universities, an important factor as they seek to strengthen their ties in a wide range of fields.

At this midway point, we can say that all partner institutions have greatly benefited from the programme. The first participating students, teachers and staff have all come back very satisfied with the experience. The International Credit Mobility programme is a great opportunity for all and it has already had tangible effects. This encourages us to extend the exchanges to other institutions in other countries outside of the Erasmus+ programme.

"By the summer of 2020, over 30 students, teachers and administrative staff will have travelled abroad with the crucial financial support of the European Union."

Ever more exchanges at UCLy

UCLy became a signatory of the Erasmus Charter for Higher Education in 2003. The school renewed its commitment to the European Union again in 2014 when the programme was opened to countries outside the EU, under the now well-known banner of “Erasmus+”. Thanks to this partnership, every year, Lyon Catholic University offers to an ever-larger number of students the possibility of studying or doing work placements abroad in various countries participating in the programme [1]. It also enables many foreign students to come to Lyon, which is a true advantage for an institution like ours. In parallel, a growing number of teachers and staff have taken advantage of the programme since 2016, thanks to exchanges with certain significant partners.

[1] 34 countries are members of the Erasmus+ programme: the 28 Member States of the European Union, as well as Iceland, Liechtenstein, Norway, Turkey, the Republic of North Macedonia and Serbia. 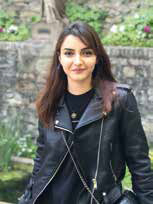 “I had never had the opportunity to study abroad before. I had certain expectations that were met to some extent. I knew that after I moved to Lyon, my life would change in many ways, and that’s what happened. I must say that the beginning was not the easiest time in my life. The main difficulty for me was the language barrier, but now I realise that that’s what motivated me to learn more French.

As for the study process, I’d like to mention that it’s quite different from the system in my country. Here, the classes don't generally last the whole semester; they’re really fast and efficient, and I like the way most of the exams are run. The studying process is very pleasant, but it also requires a lot of work.

“ Meeting new people made me much more open-minded”

My life as a student in Georgia was totally different. I had a job there, and I didn't have much time to focus on my studies. Here, I had the same experience as a French student. Meeting new people and living in a new environment really made me more openminded. I tried to travel as much as possible while I was here. This semester wasn't only a French experience; in fact, it really developed my skills overall.”

Faculty of Law
Changing our perception of deprivation of freedom
By bringing together various professionals and former detainees, the new “Droits debout” (Upright Rights) university certificate gives multidisciplinary insight into the fundamental right of persons deprived of their freedom

ESTBB
Flipped learning to get students actively involved in their training course
What do a lecture in genetic engineering, an introduction to experimental scientific practice and revisions in microbiology have in common? The answer is that all of the above have been subject to educational innovations which have been implemented at the Graduate School of Biology-Biochemistry-Biotechnologies (ESTBB)