Following the promulgation of the law on freedom of higher education of July 12, 1875, a group of Lyonnais jurists, under the protection of the bishops of the twenty five dioceses of the greater south-eastern area of France, decided to create a Catholic university at the end of the month of July 1875.

It developed in the heart of the city of Lyon on its peninsula, Place Bellecour .

This historic anchoring is a key element of UCLy’s identity and that of the city of Lyon.

At the impulse of the deputy, and then senator, Lucien Brun, Lyon Catholic University preceded its public counterparts by a few months when it opened the courses of the first Department of Law of Lyon on 25 November, 1875. 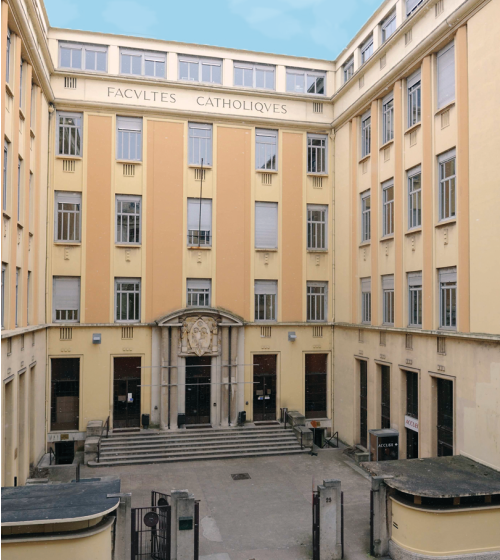 1875 - Foundation of the Department of Law

1878 - Foundation of the Department of Theology 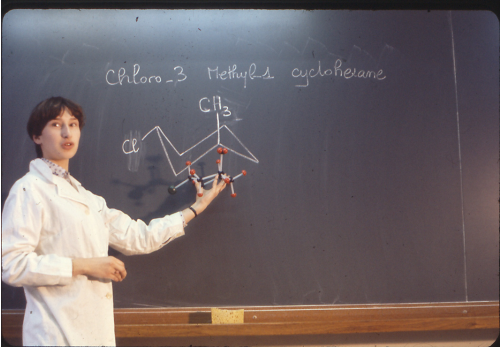 1932 - Foundation of the Department of Philosophy

The declaration of war came when the construction of new buildings had barely started. They would be completed in 1945, including:

• The construction of the main courtyard

• The construction of the Saint Irénée Chapel

• The establishment of a library, which today houses more than 200,000 books

• The setting up of science laboratories and classrooms on three floors

The Inauguration of the Saint-Irénée Chapel

Rectangular in form with numerous stained glass windows, it was designed by painter and decorator Jean Coquet.

The apse represents a composition in five panels, called “Le poème de Saint Irénée”, inspired by the writings of the Bishop of Lyon.

Creation of education and research institutes working on the major questions of contemporary society:

From this point, new disciplines could be taught, such as philosophy and research on the major issues of contemporary society. It was in 1956 that the university opened on Place Bellecour at 25 rue de Plat. 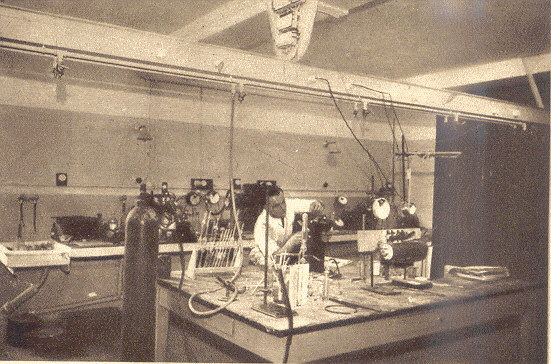 Created in 1968, ESTRI – School of Translation and International Relations – supports students who are passionate about foreign languages and cultures and prepares them for internationally oriented professions in the following fields: translation, liaison interpretation, international communication, and intercultural and event management.

The Creation of the ISF

Founded in 1974 by the lawyer Emma Gounot, the ISF – Institute for Family Sciences – is the only French institute offering multidisciplinary university training devoted to the family.

Founded in 1975, the IFTLM – Training Institute for Medical Laboratory Technicians – trains the medical laboratory technicians of today and tomorrow.

Founded in 1985, IDHL is a higher education and research institute. Multiculturality and interculturality are strong values of the Institute of Human Rights – Lyon which welcomes students from all over the world every year.

The Creation of ESDES

Founded in 1987, ESDES – Lyon Business School – trains responsible natives. They are smart, curious, committed students who have grown up to a positive impact on their environment. ESDES allows them to embrace their inital potential to become responsible managers. ESDES, the Business School of Lyon Catholic University offers a 5-year “Grande Ecole Programme” (EPAS accredited) and a 3-year Bachelor’s Degree.

Founded in 1994, ESQESE – School for Quality, Environment, Safety, and Health in Business – trains its students in a strategic and operational approach to QSE.

A decisive first investment. The site then acquired modern equipment and today welcomes more than a third of the university's students, but does not cover all of its development needs. 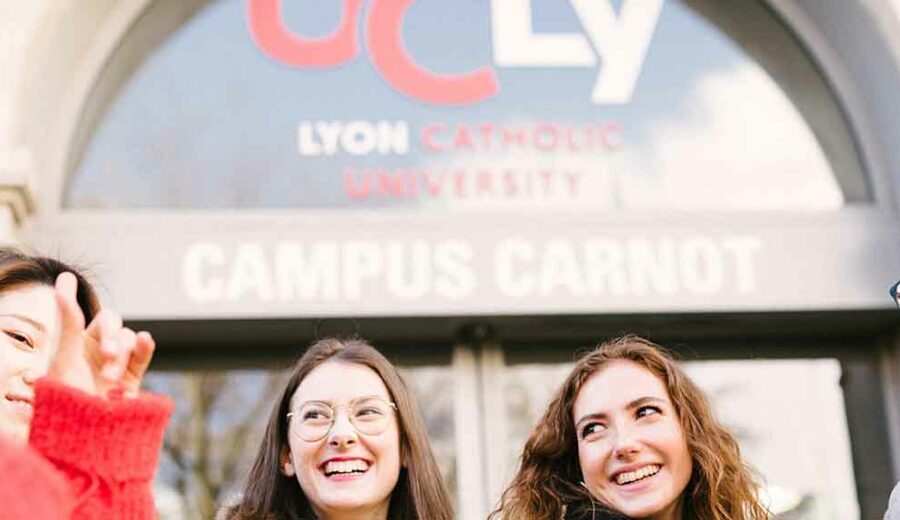 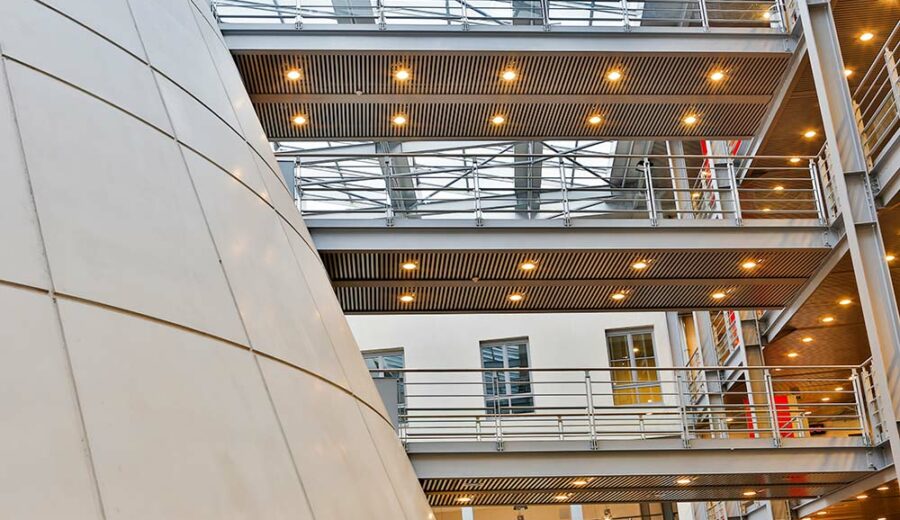 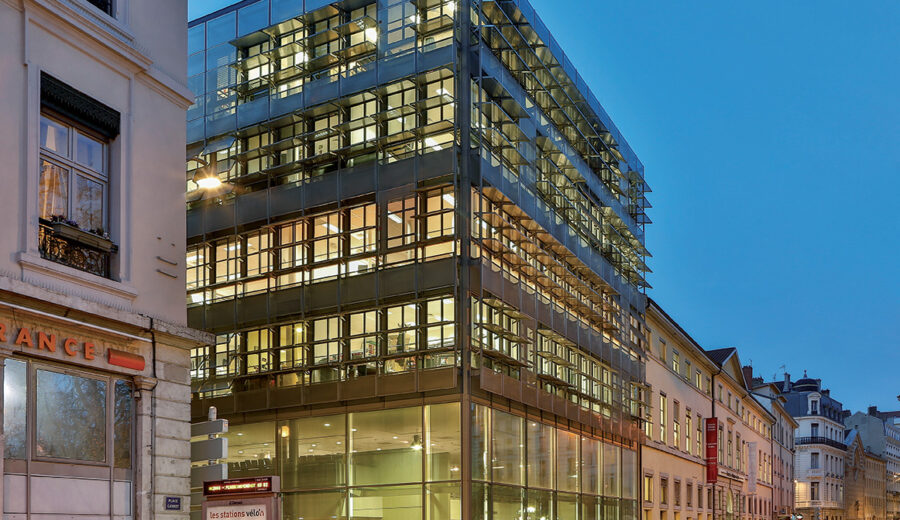 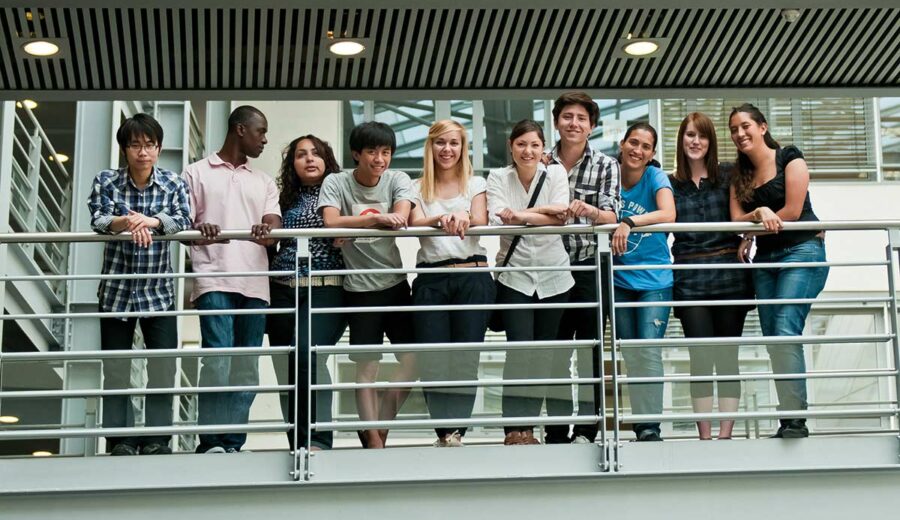 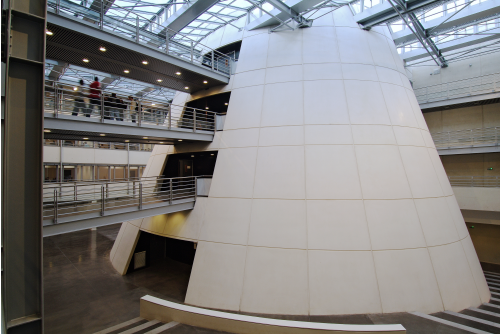 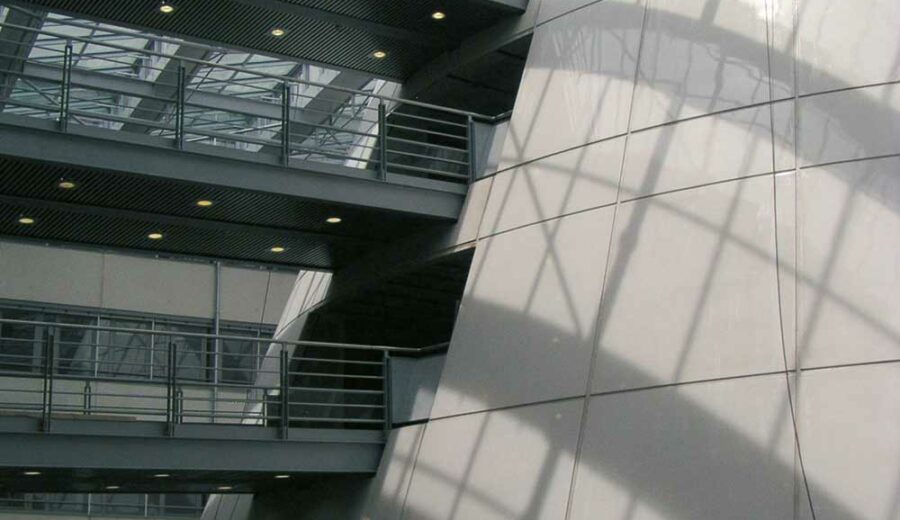 UCLy seized the opportunity offered by the reconstruction of the Saint-Paul and Saint-Joseph prisons site, located at the Porte de la Confluence, by answering a state call for projects.

This global project, entitled “La vie grande ouverte”, was selected by the state in a decision which was made public in November 2010.

The architects Garbit & Blondeau, the Ory studio, and the urban planner Thierry Roche were chosen to restore the site. 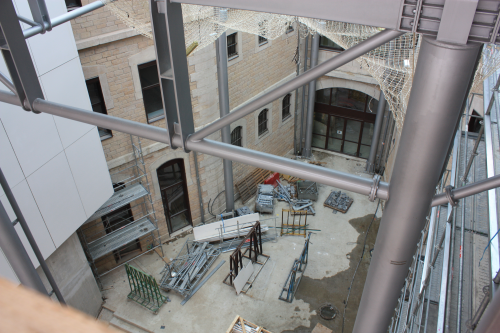 2015 - Opening of the second UCLy Campus in Lyon: Campus Saint-Paul

The old Saint-Paul prison has become a new campus for UCLy. On the islet of the former Saint-Joseph prison, 107 accommodation units are now located as well as 66 rental social housing units, an intergenerational residence with 110 apartments, local shops, restaurants and 11,300 m2 of office space. 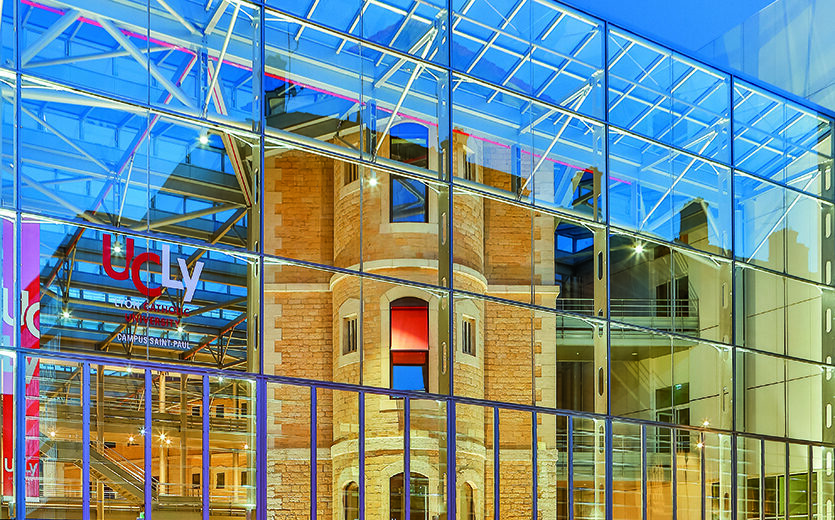 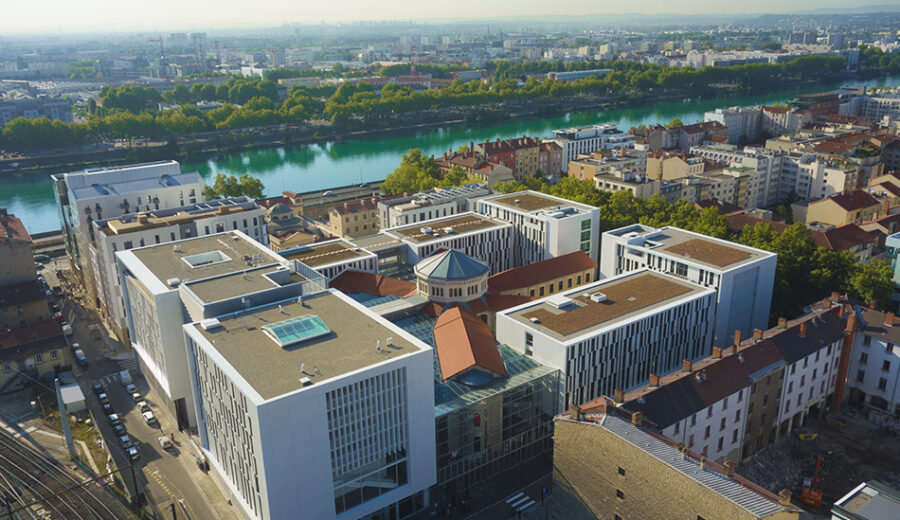 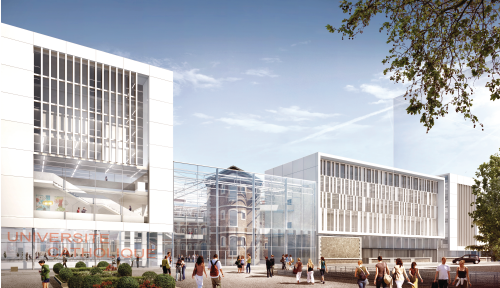 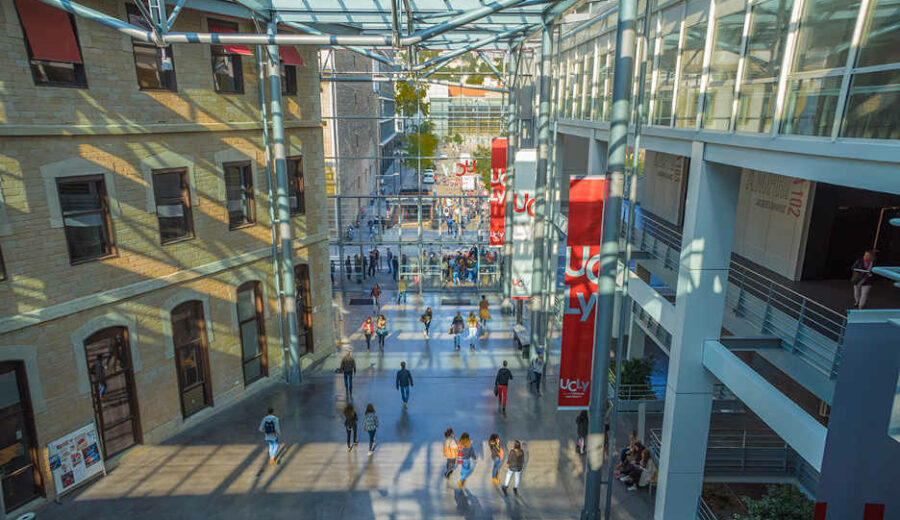 A meeting point between our university community, individuals, and businesses, the UCLy Club provides a space to discover a new perspective on the world. In 2018, the UCLy Club was renamed "UCLy Experts".

UCLy is expanding once again by establishing a third campus in the heart of the city of Annecy, which opened its doors in September 2020.

Carried out in agreement with the Savoie Mont Blanc University, this project makes it possible to develop the Higher Education Programmes in Haute-Savoie, a particularly dynamic border region. 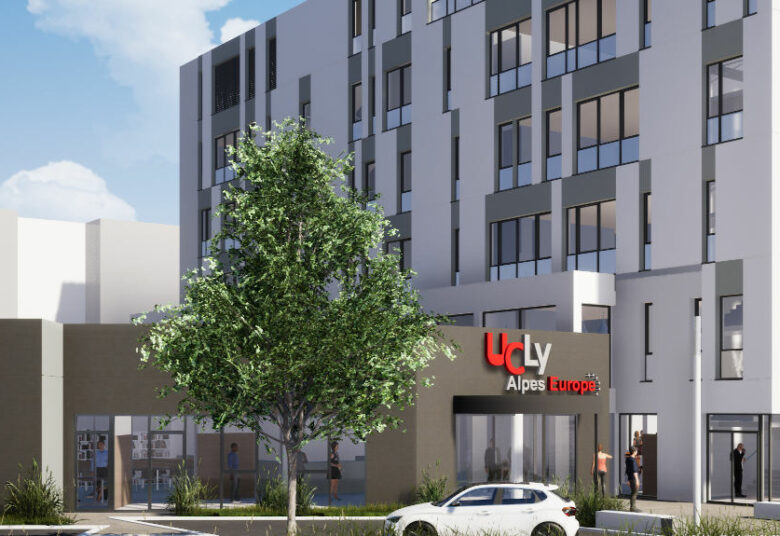