Active in numerous networks, the Catholic Université de Lyon is positioning itself as a regional university with a European and international dimension

The Lyon Catholic University is a member of: 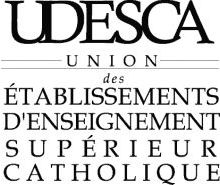 The Federation of European Catholic Universities (FUCE)
The FUCE participates in the reflection on and the development of the European scheme of higher education; it also organizes international meetings, and runs an academic network of student exchanges between its different members. The headquarters of the FUCE are located on UCLy's saint paul campus.

An agency acting for a more committed and solidary Francophonie, by developping projects gathering higher educational establishments and research institutions