The presentation will address the efforts of WTO Members with respect to trade in IT products and e-commerce. It will cover the negotiation and conclusion by some Members of the Information Technology Agreement in 1996, its expansion in 2015, and the most recent developments in this regard.

The presentation will continue with the adoption of the Work Programme on Electronic Commerce in 1998, the launch by some WTO Members of the negotiations on trade-related aspects of electronic commerce in 2019, and the progress of these efforts until today.

Before joining the WTO, Tania worked for the Mexican Ministry of Economy, at the Legal Counsel for Foreign Trade, where she represented Mexico in three WTO disputes in which the country acted as a complainant. She also provided legal advice to the Mexican government on international trade regulation, including on WTO rules, NAFTA and other RTAs. Also at the Ministry, she worked for the Mexican trade remedies investigating authority (UPCI), providing legal advice to Mexican companies involved in antidumping and subsidies investigations in other countries.

Tania obtained her law degree at the National Autonomous University of Mexico (UNAM), in Mexico City, and holds an LL.M. in International Trade from the University of Newcastle Upon Tyne, in the United Kingdom. 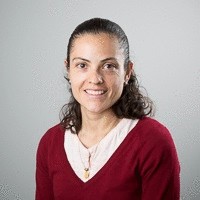